If you have ever been to Japan you have probably been to Tokyo, Hakone, Kyoto, and possibly Osaka (if you like food!) and maybe Hiroshima (one place I have not been and is on my list). On my previous trips I had explored Tokyo, Kyoto, Mastumoto, and Nagano and I thought I had see the best parts (my favorite at the time being Mastumoto – which was off the beaten path, it was a rustic mountain town, and of course has great food and the famous Mastsumoto Castle and don’t get me started on the Ryokan I stayed at), what more could I possibly see other then Hakone (with Mt. Fuji) and Hiroshima?

I was so wrong, and I was lucky enough to get the opportunity to go on a Luxury Cultural/Historical FAM (Familiarization) trip hosted by the Miyagi & Tohoku Prefectures for Luxury travel agents. It was an amazing trip we got to experience wonderful hotels and Ryokans, Michelin star restaurants, local culture and history, and some of the most wonderful locations I have ever seen.
Hiking the Dewa-san mountains, visiting Matsushima (which is celebrated as one of Japan’s three most scenic views), and getting to have some of the best Shabu shabu and sake at the Sekino-ichi Brewery were among my favorite items on the itinerary.

The frist hotel we stayed at was one of the best hotels we stayed in and I cant wait to share it with clients (and am looking forward to going back to!) is the Shonai Hotel Suiden Terrasse. It is in a small town not far from the coast, and its easy to get to from Tokyo (about a 5 hr scenic train ride up the coast). The food was some of the best – I am very picky and my favorite hotels are the four seasons because of the food and the beds – so when I say the food was good, I don’t say that lightly! The rooms were clean and large for Japan, and the beds were not as hard as thought they would be for a Ryokan/Hotel. They had a public bath with mineral water which is my favorite part of going to Japan, soaking in the Onsens!

The first location we visited were the Dewa Sanzan. It is the collective name for the three sacred mountains of Dewa; Mt. Haguro, Mt. Gassan, and Mt. Yudono, the location for the pilgrimage of rebirth for over 1400 years.
I only visited Mt. Haguro and Mt. Yodono the mountians of the Present and the Future.

Pictured above is the Torii gate entrance to Mt. Yodono, the mountain of the future life. The shrine of Mt. Yudono-san is the most holy of all the Dewa Sanzan shrines. When entering the shrine itself you are required to enter barefoot and photography is prohibited. Talking of the temple, the pilgrimage or what is on Mt. Yudono is not allowed, so this is the most I can tell you about it, other then that it is an experience I would highly suggest experiencing for yourself.

Mt. Haguro, is home to not only the oldest and largest cedar tree but its also home to the oldest Five-Storied Pagoda and was constructed with no nails (there is only one spot on the mountain where you can capture an image of both). Mt. Haguro is one of the most picturesque places I have ever been, its completely covered in trees, moss and has a river flowing through it. The temple at the top of the staircase is expansive and has one of the larges thatched roofs which I have ever seen (which is extremely rare these days), it also holds one of the biggest and oldest cast iron bells (the second being in Nara).

After the Dewa Mountains we went on a river excursion which was fun, we got to have Sake (yes! more sake!) and then we headed to Matsushima where we had tea at the Kanrantei Tea House which over looks the Matsushima bay. This tea house originally was in Kyoto but was moved here by the Samurai lord who ruled the area at the time, it has been in Matsushima ever since. We walked around the town and did some shopping before going to the Entsūin Temple which is noted for its moss, rock and rose gardens, and for its colorful fall foliage. Since I was there in October, I got to see the fall Light Up event which highlights the fall leaves, and reflections, moss, rock and rose gardens, this fall light up event is regarded as one of the most beautiful evening illuminations in Tohoku.

After the Illumination event we drove into Sendai were we spent the night – which happened to be Halloween night. In Japan Halloween is no joke, people come from all over to celebrate Halloween in Japan. We went out for a local bar experience and it was crazy the sidewalks were packed with people, it was hard stay with the group but it was really fun experience.

Our stay in Sendai was briefe and other then our night out we really only got to see a statue of the Samurai we has been learning about the last day.

We ate at so many location that I can not remember when we went but we went to Sekino-ichi Brewery which in my oppinion was the best food and Sake we had the entier trip. If I had known we would be going, I would have saved money to bring some home with me. This is one location I will be going back to some day!

We did and saw so many things along the way on this trip and I have only just touched on the highlights of this trip. We saw incredible World Heritage Sights, ate incredible food, drank wonderful sake, and got ride on river boats and old coal trains. 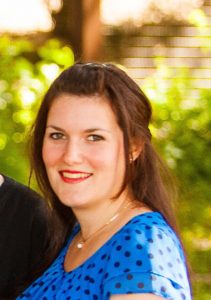